Hon. Barr Kennedy Ibeh, the Honourable member representing the good people of Obowu Constituency at the 9th Imo State House of Assembly was born  on the 25th June 1976.

During the last Arise Africa Awards 2019.
Hon Kennedy Ibe was among those  recognized for  his outstanding performances, leadership qualities, unparalled humility,  zeal and passion to see Ala Obowu Di Nma.

He is a ranking member of the house and is well grounded in the legislative work.
He has also strived to bring dividend of democracy to Obowu constituent.  Successfully carrying out several empowerment  programmes,  financial assistance to several unemployed graduates from Obowu constituency to enable them set up their own business and assisted many secure jobs.

He recently, gave out equipments, transformers, scholarship scheme, and facilities to his constituents, paid for Jamb for hundreds of student, refurbishment and roofing of Secondary schools to mention but a few.

He is simply a proactive legislator who has excelled in his legislative duties and one of the few that is outspoken at IMHA.

He has received numerous awards, accolades for his vision, enterprise and selfless services.

In recognition of his outstanding performance, the Face of Arise Africa Award singled out R Hon Barr Kennedy Ibeh for  special  Recognition/Award.

In a congratulatory message, Anyanwu Publisher Arise Africa Magazine expressed his delight at the award and maintained that it is well deserved.

He adds, \”Your selfless service to constituents has not gone unrecognized: this award  is our way of showing gratitude, encouraging you. We urge you to continue setting the pace\” 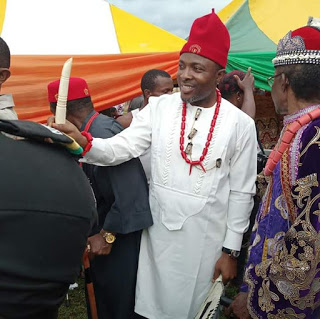 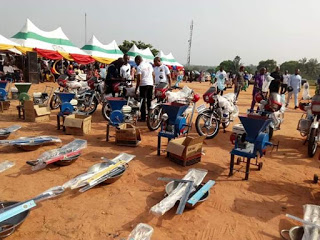 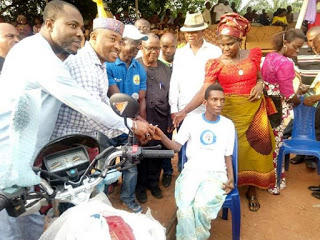 His Academic Work:
with a grade A in his common entrance Examination at Regina Caeli Primary School Umunachi Obowu, Hon Barr Kennedy Ibeh proceeded to the prestigious Ascol Comprehensive Secondary School Ajeokuta, Kogi State. Fortunately, the political life of his late father, Hon Stanley Ibeh brought the young Chodozie Ibeh back to Eastern Nigeria where he eventually completed his secondary education.  Therefore, he registered and wrote his Senior Secondary Certificate Examination in Okenanlogh Secondary Technical School Obowu and the result was excellent.
Kennedy Ibeh eventually gained admission into Enugu State University of Science and Technology to study Political Science. After one year, he made an astonishing 4.52 CGPA and was persuaded by his Lecturers to transfer to faculty of Law. In 1996, young Kennedy\’s name appeared as number one in the University\’s Intra-University transfer list to study Law. All through his career as a Law student he was excellent to the admiration of his Lecturers and consternation of his classmates. In 2004/2005, Kennedy Ibeh graduated from Nigerian Law School Lagos Campus where he made a glowing Upper (2 /1). He also holds a master Degree in Law from Abia state University Uturu.

His Legal Life:
Barr Kennedy Ibeh was called to Nigerian Bar in 2005 and commend Legal pupilage in Owerri. He was attached to Late Barr Uzoma Nwogu of Uzoma Nwogu & Co Barristers and Solicitors Chambers of No 1 Lobo Street Owerri Imo State.

His Political Life:
While in legal practice, Barr. Kennedy Ibeh joined the People\’s Democratic Party in 2006 and in 2008 he was appointed a Transition Committee member for Obowu LGA and it is on record that he is still the youngest to have held the office in Obowu.

However, in 2010 he became the councilor representing Okenanlogho Ward after series of elections between 2006 and 2010, a position the father held some years back. And fortunately, Hon Barr Kennedy Ibeh emerged the Lease of Obowu Legislative Council in 2011 until the then in-coming Governor of Imo State H.E Rochas Okorocha dissolved the. LGA Council Officers on the 6th of June 2011.
His mastery of Political World gave him relevance in a new APGA government in the same 2011 that her was appointed a Special Assistant Political to the then Commissioner of Finance, Dcn Chike Okafor, a position that he effectively used to switch the political tide of Obowu LGA to the glory of God. In 2013, Hon Barr Kennedy Ibeh was appointed Special Assistant on Labour Matters by His Excellency Owelle Anayo Rochas  Okorocha, but this appointment was short lived because after 3 months, the Governor dissolved his cabinet. However, Hon Kennedy Ibeh was reappointed  Special Adviser Political to the Finance Commissioner Dcn Chike Okafor who was reappointed a second time by the Governor two months later.

By 2015, in a most convincing free, fair and revolutionary election ever recorded in the history of Obowu LGA, Hon Barr Kennedy Ibeh under the platform of APC became the Honourable Member Representing Obowu State Constituency in the Imo State House of Assembly and was sworn in on the 11th of June 2015. Months later, he became the Deputy Majority Leader of the 8th Assembly and served as Chairman house committee.

He was overwhelmingly voted by his people to return him to the 9th Assembly as a ranking member.

Hon Barr Kennedy Ibeh is a philanthropist, a naturalist, a realist, but above all he is connected to God and His ways more than you can ever imagine

To God be the glory.
I present to you nma si na Imo puta – Beauty of Imo.

Award Winner at  Arise Afrika Awards 2019 Hon Barr Kennedy Ibeh.
Congratulations from all of us at Arise Afrika 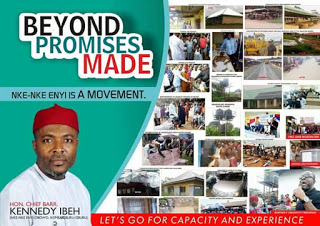