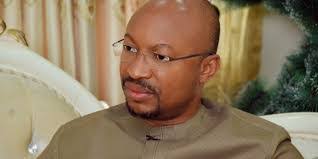 Some buildings in the company\’s premises were marked by the EFCC officials, during the operation which lasted for hours. It was a joint operation which had men of the Nigerian police.

Nwafor is said to be a subject of investigation over alleged fraud and failed contracts. Some roads topping the list include the Unuaro/Ekwereazu road in Obingwa Local Government Area of Abia state.

It will be recalled that Governor of the state, Dr. Okezie Ikpeazu had recently ordered the contractor back to site after some portions of the road failed. The road only lasted for about six months – December 2018 to June 2019.

Ikpeazu had expressed anger over the poor construction done on the road, which is currently the only route in and out of Aba from Akwa Ibom and Cross Rivers States, due to complete failure of all federal roads linking the states.

He said the poor work on the Ekwereazu road didn’t meet the standard of roads done by his administration, ordering the contractor back to site to undertake a full reconstruction of the road.

Rumours are rife that Engr. Nwafor, a managing consultant from Umuojima Osisioma community of the state, is warming up for the 2023 general elections in Abia.

An impeccable source told journalists on Wednesday that the ex-deputy governor’s son was on Tuesday invited for questioning at a police station in the state.

“Yes, he was invited for questioning on Tuesday where he was asked to make some certain statements which he did,” the source said, revealing that Nwafor was later released at 7pm.

It was reliably gathered that plans are on ground for the EFCC to immediately invite Engr. Nwafor to Abuja, the nation\’s capital, for further questioning and investigation.