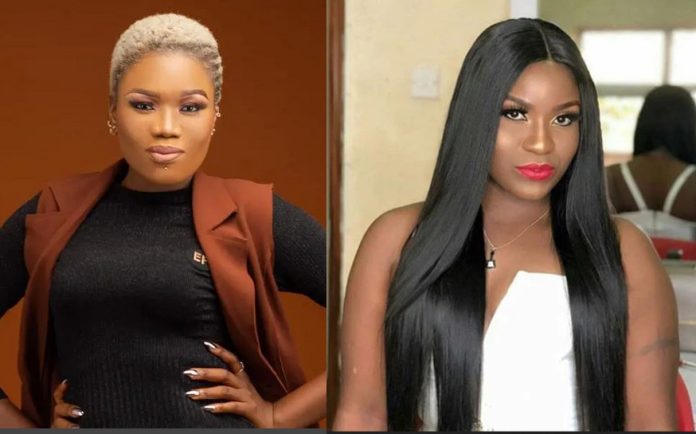 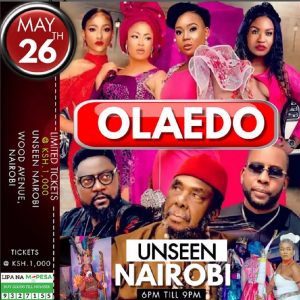 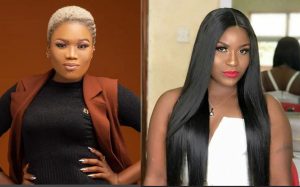 The actress who described the movie as a long-time hard work said that premiering in a different country is always the dream of every filmmaker, adding that for her it is the beginning of something big.

Infinity said that the premiere of the star-studded movie would not have been possible if not for international collaboration with Kenyan reality tv star and actress, Mishi Dorah.

She described Mishi Dorah as a Kenyan treasure who brought something extra to the movie, adding that “Aside from being everything she is, she is a wonderful person who is determined to hit the goal in anything she is doing. It was also amazing acting alongside her in the movie Olaedo”

“I can’t pick my favourite on the cast because when you are working with stars like Daddy Pete Edochie, Rachael Okonkwo, Ray Emodi. Yemi Blaq, Sophie Alakija, and BBNaija’s Nina, all you’ll have to do is believe you already have a classic”

According to Infinity Ebere Ohakwe, Olaedo which was directed by Iyke Odife, also featured Maureen Okpoko, Ojadili Igbo, and other fantastic actors will be seen first at Unseen Nairobi, Wood Avenue, Nairobi Kenya, on Thursday, May 26, 2022, while the Nigerian version of the event will be taking place soon.

“I featured in the movie, so I can confidently say that Olaedo is the kind of movie a lot of people want to see because of the crop of stars in it. We all want to see our favourite stars playing out a fantastic story and that is what the movie stands for”

“There have been calls for it to be released earlier, but I think this is the best time to get through with it and hopefully move to the next chapter of my career as an actress and filmmaker”

“I want to sincerely thank everyone who played one role or another in the success of this project and most importantly Mishi who is collaborating to make the Kenyan premier possible”, Infinity Ebere Ohakwe said.