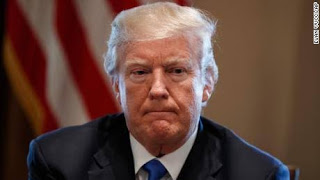 U.S President Donald Trump’s derogatory reference to African nations as “shit hole countries” has drawn the response of the continent-wide African Union, and African ambassadors to the United Nations.

In their statement obtained by USAfrica the African Union Mission  expressed “its infuriation, disappointment and outrage over the unfortunate comment made by Mr. Donald Trump, President of the United States of America, which remarks dishonor the celebrated American creed and respect for diversity and human dignity.”

They demanded “a retraction of the comment as well as an apology, not only to the Africans, but to all people of African descent around the globe”; and stated they are “extremely appalled at, and strongly condemns the outrageous, racist and xenophobic remarks attributed to the President of the United States of America.”

On the other hand, the ambassadors expressed their appreciation of “the American people from all walks of life and backgrounds who have condemned the remarks” and reaffirmed their commitment “to the values and principles of multilateralism, diversity and equality of nations.”