Within a matter of months the 2019 elections will be decided.
All the political parties are tidying up loose ends pertaining to the forth coming elections. It is certainly not going to be an easy battle for PDP, APGA , SDP,  LP or any other party to wrest power from the ruling APC. Neither are the ruling party going to have it easy as the primaries would be a keen contest among political gladiators who has already started perfecting plans, strategies to win. 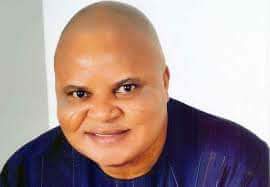 It is against this backdrop that this special report from Arise Afrika looks at the top contenders for the Imo Gubernatorial elections.

One thing is certain among all these gladiators, only  one out of these persons would become the Executive Governor of Imo State come 2019.
As the race to occupy Douglas House intensifies,  the Founder of Arise Afrika has urged Imolites  to be careful  in choosing their leaders.

Mr Ikechukwu Anyanwu, who was speaking at the sensitization for National Liberation Association of which he is the Vice Chairman (South East).   Speaking  at Owerri, Imo State capital, he charged all Imolities to avail themselves the opportunity of voting for only highly experienced, competent hands and God fearing leaders.

Our dear Imo state needs a governor,  a visionary, experienced, skillful and effective servant-leader who not only understands the needs of the people, listen to them but also is a dynamic leader who knows what buttons to press at the most auspicious right time and places to make things happen – to meet the needs of the citizens.

What Imo state needs and lack most in our political, social and economic structure is an effective, visionary servant-leadership that is dynamic, inspiring and attuned to the needs of the people.

Imo state needs a leader that not only understands the needs and aspirations of the citizens of the nation, who consults with the people and applies the laws of the land with respect.

Imo state needs a leader who stands on the truth, and who\’s leadership skills are able to inspire her citizens.

Imo State needs a leader that will come and reconstruct, liberate, rebuild, rebirth and bring light upon Imo State.

Imo State needs a leader that will come and re-engineer the political, education, economic and security sector of this state.

Imo state is in this current pitiable situation today, simply because we do not have the right leaders and leadership style in place,  right from the traditional rulers, TC chairmen,  Honourable members, down to the senators, state executive council and governor.

We can trace the tragedy of governance and leadership in Imo State, these past 2-3years and some months, to the absence of intellectual capacity.

We need a leader that will not come and depend on state allocations for payment of salaries and pensions.

Imo state has the highest number of palm oil production, what if we graduate from Palm oil alone,  but at the same same time produce things that uses palm oil as its raw material, things like soap?
What if we build these factories and start exporting not only palm oil but these finished products to other parts of the country and at the same time create employment opportunities for our youths?
We need a leader with innovative,  revolutionary and burning ideas.
One local government in Ogun state is the highest internally generated revenue city in Nigeria.

Imo State needs a leader with vision and  drive.

The greatest thing in this world is not actually so much where we are, but in which direction we are moving.

Where exactly are we going to?

What exactly do we want?

Imo state citizens should know who we decide to vote in come 2019, to avoid the same problem we are facing today..
Sending a man to war is not the problem,  but the problem is how to take the gun away from him after war.. Let\’s be wise and   prayerful in our choice this time.

He is a Nigerian leadership consultant, author and the president and founder of Guardians of the Nation International, a nonprofit leadership development organization. Visioner and Leader of Imo Nkeanyi Movement..

Linus Okorie\’s mission is to model a world class Imo with endless possibilities through a massive development of human capital,  attraction of global resources, promotion of excellence in Governance, with the inevitable result of a productive,  robust & thriving economy for every Imolite.

Over the last 24 years Linus Okorie has brought and maintained a high level of integrity.

Linus Okorie has embarked on hundreds of developmental programs which have rendered unprecedented positive impact and transformation.

He is a critical thinker and master strategist with a progressive mindset.
A man of proven intergrity, who also has the capacity to provide quality leadership. He is a leader. He has already set the pace in Job creation by introducing investors friendly policies, investing in skill based and human capital development , investing in arts and tourism, investing in education ,commerce and industries and a transparent financial aid for young entrepreneurs.  He recently launched an Entrepreneurship Development Training  He is a man of the people and with him one can be assured on an economy that places the welfare of the average man first, an economy where governance would remain with the people.

Royal fathers, Imo Statesmen,  Elders youths  and entire Imolitues has continued to drum support for him based on his steerling performance and antecedents as a leader.

#2.
Another major player in the upcoming election is Ugwumba Uche Nwosu.
The Chief of Staff Imo State Govt has calved a very good nitch for himself.

Ugwumba Uche Nwosu is a courageous man whose  antecedent and ability can never be over looked.

He has continued to inspire a lot of people more than two decades ago while providing leadership.

He  commands a cult like followership amongst the young people who sees him as the closest to their quest of Governing the state. Why can\’t the youths be leaders of TODAY? It has happened in countries like  France, Liberia where the votes decided that its about time the youth take their chance.
Ugwumba Uche Nwosu enjoys the support of  youths.
From his days as student union leader, graduate, Commissioner till date.  He has remained consistent.
He is so resilient and courageous which has helped him to handle so well the affairs entrusted to his care.

He is silently transforming the economy with his powerful vision,  business enterprise where several youths are gainfully employed.

He comes as a promising leader and boasts of a strong support.

He has shown capacity and policy experience so far.

He has deep political experience and networking

Age is on his side

He has a heavy war chest and financial support base.

He has electoral advantage with several youth groups seeing him as a chance to effect not too young to Rule and effectively represent the Youth Zone. As every zone in Imo has had its turn in producing the governor. Be it Owerri Zone, Orlu Zone or Okigwe.

His eyes has been on the number one seat since 2007.
Making the 2019 election his third attempt at the Gubernatorial seat. He is a strong contender.

Sen Araraume has proved himself as an  outstanding legislators in the senate between 1999 and 2007; he recorded several feats during this period. Which includes:
He Influenced the constitution Review Committee of the National Assembly to include a recommendation urging the federal Government to create an additional State for the south East. He led a delegation of lawmakers from South-East to mobilize support for this objective.

The Transmission Lines from Alaoji to OKigwe and provision of transformers (including MV transformers ) to many communities in Imo, Abia and the Entire South –East

He attracted the NTA Station, Okigwe.

He attracted through the NDDC, a road from Isinweke to Umuahia with a second bridge across the Imo River.

He included Imo and Abia as NDDC states as the initial bill presented by the then President Olusegun Obasanjo Omitted the two states and Araraume rejected it\’s acceptance and fought for the inclusion of the two states.

He posses vast experience having served in the following capacities:
1. Chairman, Senate committee on power and steel development.

5. Chairman, South-East Caucus Committee on creation of additional state for the southeast.

6. Chairman, Senate committee for Public Hearing in the Southwest on Constitution Amendment.

He is a successful entrepreneur.
Having established a flourishing business empire, providing jobs. He is the Chairman of Exclusive Stores, Harmony Properties Limited Climax Insurance Brokers among others.

He is committed to service of God, humanity and mankind through community service. A Knight of the Ancient Order of the Knights of St John  International, KSJI.

He currently runs a Scholarship Scheme that funds the education of many indigenes of Imo State under the Araraume Destiny Foundation.  His Foundation also pays the hospital bills of many patients with complicated ailments from Imo State and other parts of Nigeria.

He has continued to touch the lives of people in several fronts and showcased scintillating leadership qualities.

He is married to Lady ( Barr) Gladys N Araraume and the marriage is blessed with seven children.

The former Deputy Speaker Federal House of Representative is a man to be reckoned with in our nation\’s politics. From 1998 till date he has played active role in politics. He was close to the seat in 2015 where it took a  rerun for the incumbernt to defeat him. Come 2019 he is likely to be flying the PDP flag at the polls once again.

STRENGTH
He has demonstrated unflinching committment towards nation building.
His leadership roles which are gallantly evidenced when he held sway at the National Assembly gives him an edge.
He had sponsored and facilitated several bills that impacted positively on the lives of people
He is a devout christian. He is said to be strongly in control of Imo PDP which make it easy to clinch the party\’s ticket but also be a demerit.

WEAKNESS
Internal party infighting. Members who lost out in the quest to gain control or party tickets may likely not support him.

Many are not comfortable with his candidacy despite effort to correct the perception that he may favour only a section of people if elected.

His Excellency Prince Ezeakonobi Madumere Mfr has a good chance too He is quite qualified , He is from Owerri zone , He has been tested and trusted with the vision of the rescue mission administration of Governor Rochas Okorocha.

Prince Madumere rose through the ranks to be where he is and has remained quite loyal, humble and would not go against Governor Rochas. Whoever he anoits for Imo Guber would definitely gets the support of the Deputy Governor.

He has demonstrated oustanding capacity  to build bridges of unity amongst the three zones of the state.

His unquantifiable track records in public service is worthy of note.

He has paid his dues through hardwork, humility and sacrifice.

A good Christian, happily married to Mrs Ngozi Ejiogu (LLB) and the marriage is blessed with two children
(TO BE CONTD)