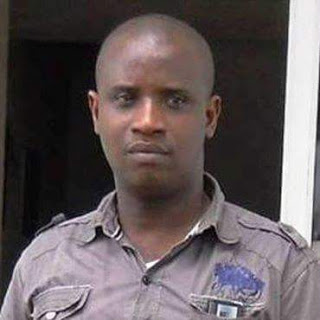 Ebere Onyeka Inyama was born in 1978 to the family of Barrister and Mrs. Godwin Onumajuru Inyama from Amaku Village in Oforola Community of Owerri – West Local Government Area of Imo state in Nigeria.

He started his primary school education at University of Nigeria Primary School Nsukka in 1982 and moved over to WTC primary school, Enugu in 1986, where he obtained the First School Leaving Certificate (FSLC). After his primary school education, he enrolled at the College of Immaculate Conception (CIC) Enugu in 1987 and in 1988, he moved over to University of Nigeria Secondary School, Enugu Campus, where he passed the West African School Certificate in flying colours in 1992. In 1995, he enrolled at the Imo State University, Owerri where he obtained the Bachelor of Science Degree (B Sc. Hons.) in Sociology and Anthropology in 1999. Same year, he worked as a supervisor in a private security company, 3rd Eye Securities Nigeria Limited based in Imo State.

Between October 2002 and August 2006, he was the sales representative in the South-West region for Korama Clover Industries Nig. Ltd. In 2007, he established Globetech Consults, a private firm which offers private tutorials to individuals and groups on computer training programmes. In 2017, Globetech  Consults was rated as the single largest marketer of movie raw files in Nigeria with over 10,000 movie files in its store.

In 2008, Ebere Inyama joined the pen profession as a reporter with the Red Parrot newspaper, a local tabloid based in Imo state, from where he acquired the basic skills in journalism. A year later, he left the Red Parrot and joined Oriental Life Newspaper as a senior correspondent and later in 2010, he became the editor of the National Democrat Newspaper, a regional tabloid with its headquarters in Imo state.

In July 2011, Ebere  Inyama was appointed as the ICT Editor for Imo state Government House.

In April 2018, he was appointed as the Chairman of Online Media Practitioners Association of Nigeria (OMPAN) Imo state chapter, a position which he holds till toady. He is a member of the Nigerian Union of Journalists and a member of the Federal Roads Safety Corps club.

He holds a Post Graduate Diploma (PGD) in Journalism from the International Institute of Journalism, Owerri and is currently running a Masters Degree programme.

He is the publisher of globalnewsalerts.blogspot.com