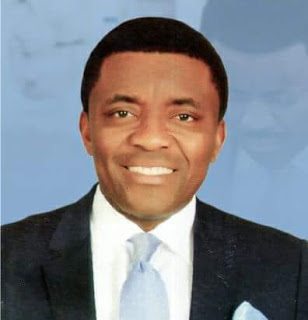 It remains axiomatic that the reward for a job well-done is more responsibilities. This age-long maxim has been brought to practicality as the House of Reps Member for Okigwe South and Chairman, House Committee on Healthcare Services, Hon Dcn Chike Okafor was declared returned and ranking by the collective and massive votes of the people of Okigwe South Federal Constituency.

In a keenly and strongly contested primaries, the Federal Lawmaker polled the highest number of votes to beat his close aspirants, Engr Ndubuisi Emenike and Hon Emeka Nwajiuba who respectively polled 4,416  and 2,867 in competition with Chike John who polled 40,000 votes.
The Federal Lawmaker thanked the Party faithfuls for deeming him worthy of being returned and further implored them to remain steadfast and committed to the progress of the party whilst pledging to do more for his people when elected.

He also congratulated his co-aspirants for putting up such a strong fight but however urged them to partner with him in delivering same goodwill they would love to deliver to the people when elected.

On his part, Engr Emenike Ndubuisi congratulated Dcn Chike Okafor for the recorded victory while stressing that the massive votes for Chike Okafor is a mark of a renewed hope for the people of Okigwe South Federal Constituency.