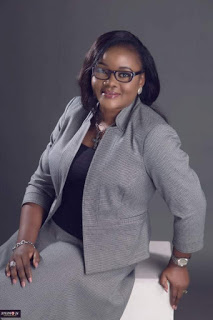 Africa\’s Best to be honored  on Saturday, July 27 at the Full Moon Hotels in Owerri, Imo State
Brief Profile/ Citation of Ify Onyegbule
Ify Onyegbule is a Broadcast Journalist, Presentation Coach, Social critic, Publisher, Author and Activist on Women issues. Her experience spans 18 years across different Radio and TV stations in Nigeria. She has plied her trade with 96.9 Cool FM, Lagos, Radio Nigeria\’s Metro 97.6 FM, Africa’s largest Radio Network and was extensively involved in News Reading, Programme Production and Music Presentation.
She also had stints with Treasure FM in Port Harcourt, Capital FM, Abuja all under Radio Nigeria. As she left the Government owned stations, she forayed into the private stations again, venturing into and specializing in core Presentation and News reading with Radio Continental’s 102.3FM and Television Continental in Lagos.
Ify branched out in 2011 and established her own outfit Trueline Productions, a Media Organization responsible for providing content for both Radio and Television. She continued with packaging content for programmes on Radio Continental and the Breakfast show on Rainbow 94.1FM, Lagos. At the same time she began publishing a magazine Woman of Substance Nigeria, a follow up to the TV programme of the same name, where she interviewed over 1000 Nigerian women professionals. Her book, “Not between my Legs” is targeted at young women, it is a book about Tenacity, Hope and Determination in the course of pursuing a career, particularly in Broadcasting.
In 2014, she was engaged by the management of Rockcity FM. the 1st Independent Radio Station in Ogun state to consult as the Station Manager and during the period, she reorganized, revamped and repositioned the station’s programmes, redefining its status amongst its peers. This lasted for a year before she joined the consulting team of Radio Port Harcourt 91.7FM as its General Manager. The station rebranded and took on a new name WAVE FM in October 3, 2015. Her contract with the station ended December 27th, 2016 following which she relocated to Lagos, returning to her responsibilities at WASEI and WOS Magazine and TV.
She devotes her spare time to talking with young people in higher institutions, giving speeches, Compering Corporate events, attending conferences and seminars aimed at impacting lives. Presently Ify is the Host of The Daily Report and Bumper Breakfast, an Independent Radio and TV programme on MiTV and Star FM in Lagos.  Ify loves spending time also with abandoned children at various orphanages, sharing love and gifts to mark her birthday (May 27) each year.
Congratulations! We look forward to celebrating one of  Africa\’s finest.
Truly Africa is indeed arising with the likes of you.
Arise Afrika  Magazine Awards 2019
#FAA2019
Face Of Arise Africa