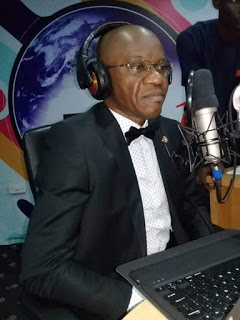 Akwa Ibom State Government is ready to pay the minimum wage of N30,000 to workers in its employ.

Sir Charles Udoh reiterated that Akwa Ibom State has no issues with the ongoing face-off between the Federal Government, FG and the Nigeria Labour Congress, NLC, on the non-implementation of the N30,000 minimum wage as the Governor Udom Emmanuel-led government has since its first tenure, pledged its readiness to pay as soon as the Federal government puts in place all necessary procedures.

He said if there were issues with inability to pay the minimum wage, then it must be by those states in the same political divide with the government at the centre, which at the moment are grappling with backlog of unpaid salary arrears for upwards of 5 to 7 months.

\”In Akwa Ibom State, workers and pensioners receive their salaries and pensions promptly on or before the 27th of every month\” the State\’s spokesman emphasized, adding that, being a God-fearing and Workers-friendly Governor, Mr. Udom Emmanuel is committed and true to his resolve to pay the N30, 000 minimum wage.

On the 2020 State Budget, christened \”Budget of Industrialization for Poverty Alleviation Phase II\”, Sir Udoh said, it is necessary for government to plan and allocate funds to different sectors to aid in the successful implementation of activities and programmes mapped out for the 2020 fiscal year.

He said, as a \”Talk and Do\” Governor, Mr. Udom Emmanuel will live up to his bidding by ensuring that programmes set out to achieve by the 2020 will create opportunities  for alleviating poverty and stimulating businesses for Small and Medium Entrepreneurs, SMEs in the state.

On Tourism, Charles Udoh said, Akwa Ibom State is rich in premium cuisines like, Ekpang nkukwo, ukwoho afang and edikang ikong among others, disclosing that, a substantial allocation has been budgeted for the promotion of the rich cultural heritage and endowments of the state such as the Raffia of Ikot Ekpene.

The Information Boss emphasized that, Governor Udom Emmanuel is gearing efforts at building a New Akwa Ibom where people will live in unity and prosperity,  rising above ethnic and religious sentiments as well as political  biases for a common goal of the development of Akwa Ibom.

While acknowledging that Governor Udom Emmanuel is very passionate about the development and progress of Akwa Ibom State, Sir Charles Udoh solicited all to join hands and support the Governor as he implements his Eight Point Completion Agenda for the good of the people.

\”Governor Udom Emmanuel is a God-fearing leader who is truthful and committed to what he sets out to do. I solicit the support of all Akwa Ibom people for the Governor as he is sure to \”walk the talk\” the state Information helsman emphasized.