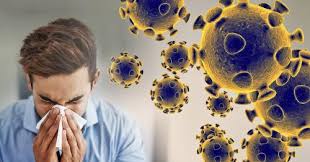 World Health Organisation (WHO) has declared coronavirus a pandemic, with no place safe from its effects, about 16 countries worldwide have escaped it so far according to our source. After first emerging in Wuhan, China last December, the virus has over 788,000 confirmed cases worldwide, with the death toll reaching nearly 38,000, according to figures compiled by US-based Johns Hopkins University.

However, 16 countries, some from Pacific nations and others from the Africa and Asia region, have no confirmed cases so far. In Africa, the countries of Lesotho, South Sudan, Yemen, Sierra Leone, Burundi, and Malawi and the region of Western Sahara to date have not reported any coronavirus cases. In Asia, countries such as Turkmenistan, Tajikistan, and North Korea also have no reported cases. There are also some Pacific Island nations, popular tourist destinations during normal times, which are apparently untouched by the virus thanks to their isolation and remoteness. These countries and regions include Tonga, Samoa, Vanuatu, the Cook Islands, Niue, and Tuvalu.

The COVID-19 virus has spread to at least 178 countries and regions around the globe. In all, more than 166,700 people diagnosed with the virus have recovered from the disease.