The result announced by the Chairman of the National Electoral Committee, Hon. Barr. Chuba Oramisi alongside the Secretary Mr. Nnonso Obasi and other members are as follows:

The primary election was conducted in a peaceful atmosphere devoid of rancour. 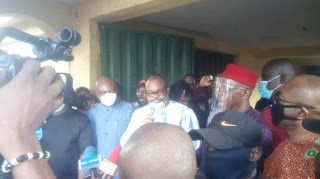