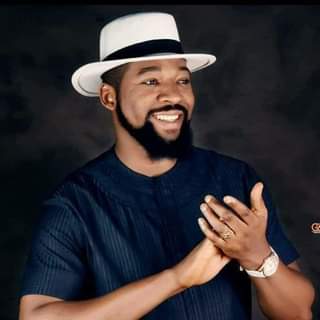 The House Member Representing Ihitte/Uboma state constituency in the hallow chamber of the Imo State House of Assembly, Hon Michael Onyemaechi Njoku (Crown), emerged on the  March 2019 general elections, and that made him the youngest personality ever to be elected in the history of Ihitte/Uboma LGA politics, he is also the youngest lawmaker presently in the Imo State House of Assembly, and the entire Houses of Assembly in the South East.

The Ihitte/Uboma born legislator is the chairman, house committee on Youth and Sports, a very humble, compassionate and visionary personality, who is tirelessly gearing and channeling majority of his effort towards societal and human resource transformation among his constituents. Crown as he is fondly called, have a penchant for bettering the lives of his people and beyond.

Here are few,  out of his numerous programs and projects ;

Hon Michael Onyemaechi Njoku have built and commissioned an ultramodern market, which he donated to the people of Umuderim community in his constituency.

Hon Crown have fascilitated the full payments of medical bills for hospitalized patients in his constituency.

With his humanitarian philosophy, Hon Njoku have fascilitated the appointments and employments of many Ihitte/Uboma sons and daughters into  state and federal government agencies respectfully.

As a philantropist, Hon Michael Onyemaechi Njoku (Crown), have built a house for an indigent widow who have no place to call her own in Lowa, Uboma.

As a man of the people, during the covid 19 lockdown, Hon Michael  distributed massive covid 19 palliatives to the people of Ihitte/Uboma LGA, of Imo State, so as to cushion the effects of the then hard times caused by the the covid 19  lockdown, he also advocated and advised that these items should get to the downtrodden and underprivileged people among his constituents. Some of the items he distributed were ;

During the celebration of world Youth day, the chairman, House Committee on Youth and Sports, intimated the youths that ; the good, growth and development of our society rest on their shoulders, that the youths should show capacity, competency and character because it is their responsibility to make the society a better place, he advised the mammoth crowd of youths to eschewed cultism and other social vices capable of disrupting their Individual and collective progress in the society. \”We should be committed to building peace and unity among ourselves, and also between our communities,\” he said.

The soft spoken lawmaker also thanked the youths for the immensed role they played in his emergence as thier lawmaker, and promised to be a good Ambassador of all Imo youths.

On December last year, Crown made history with his interactive session with the youths of his constituency to chart a way forward for the youths, after which a raffle draw was made and some youths won brand new motor circles

SOME OF CROWN\’S LANDMARKS DURING PLENARY SESSION.

Hon Michael Onyemaechi Njoku (Crown) is never a dumb or an Introvert lawmaker during plenary sessions in the Imo State House of Assembly,  Crown is among the most cognitive, vibrant and ever present

Legislator of the ninth Imo House of Assembly.

Here are some of his positions in the hallow chamber of the Imo state House of Assembly ;

Motion urging the then Governor Ihedioha to include more youths in his subsequent appointments.

Motion urging the government through the ministry of finance, in collaboration with financial institutions to install ATM machines in strategic places across Ihitte/Uboma state constituency and he has moved more than ten(10) motions that have been adopted by the house.

His Youthfulness, the Chairman, House committee on Youth and Sports have proven that effective representation is not a mirage, it is doable, a new normal exist presently in Ihitte/Uboma, CROWN IT.