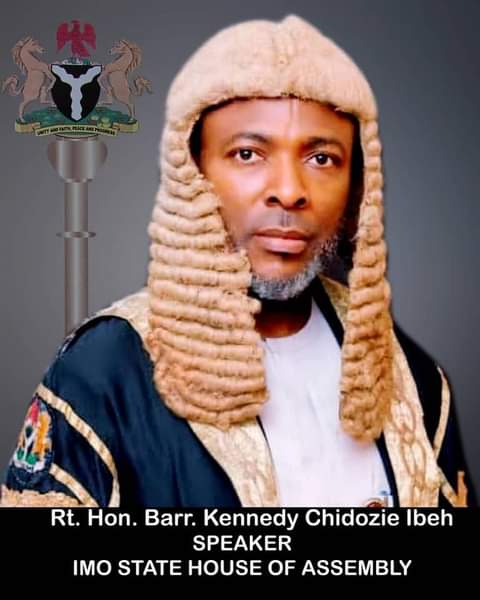 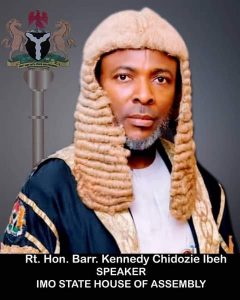 … AS WARD CHAIRMEN GETS MOTORBIKES

The Imo State Chairman of All Progressive Congress Party (APC), Dr.Macdonald Ebere, has praised the Speaker, Imo State House of Assembly, Rt. Hon. Barr. Kennedy Ibeh, for rallying leaders and other stakeholders in APC Obowo into one accord.

He made the commendation on Wednesday, during a mega APC Obowo stakeholders meeting which was oganized by the speaker in his country home.

The party chairman who was visibly excited at the show of love and unity demonstrated by Obowo APC leaders through gracious attendance of the event, urged them to sustain the spirit, because according to him, electoral success comes through collective effort.

He expressed confidence that Obowo is united in a common front to work for the good of APC.

The Speaker in his remarks, commended the state party chairman for the kind gesture and for the valve he has brought into the party.

While congratulating him on his recent inauguration as the APC Imo State Chairman, he described him as a digital leader and the best APC could get.

The Speaker did not mince words in also raining praises on Gov Hope Uzodinma, who he said loves the people of Obowo so much that he appointed their sons and daughters into political positions in his administration, including approving the speakership for Obowo.

He enjoined the people of Obowo to support the governor who has come to right the wrong done by previous governments, particularly the administration of Governor Rochas Okorocha.

He iterated the need for Obowo people to demostrate unity among themselves.

According to him, political bikering and backbiting are antithetiical to development in any society.

He reminded them that though he is from Obowo and committed to the development of the local government, the speakership position is not necessarily an Obowo affairs, but that of Okigwe Zone.

The Rt. Hon.speaker called for total evangelism of APC in all the lenght and breadth of Obowo, Okigwe and Imo state.

He further reminded the people of Obowo that there is no party leadership rivary in Obowo.

He made it clear that every other thing that exist outside the party leadership is just a political structure that complements the party.

Also Speaking, a serving commissioner in the state, Lady Dr. Love Ineh, while making her contributions, called on APC faithful in Obowo to lend their support to Governor Hope Uzodinma.

She emphasized the need for unity within the party , noting that it is only in togetherness that elections are won.

Chief Longers Anyanwu , a major stakeholder in Obowo and Imo State, in his own contribution appreciated the high net-worth individuals of APC leaning who graced the occasion.

He called on all those who feel aggrieved to shealt their sword.

Chief Longers described the speaker as a model among others and explained the need for collective support to the governor,
Mr Speaker and indeed all APC leaders in the interest of the pary.

Others who make comments include, Sen. Mathew. Nwagwu, Former Honorable Commissioners, Former Local Government Chairmen and appointees of the 3R Administration, the Transition Committee Chairman of Obowo local government, Hon C.C ihejirika, Dr EKJ Onyebuchi, Okigwe Zonal EXCO of the Party, Former and present Councillors of the Council, among others.

The high point of the occasion was the donation of 10 motorcycle to all the APC ward chairmen in Obowo.

The handover ceremony was performed by Dr. MacDonald Ebere supported by Mr Speaker and other dignitaries. 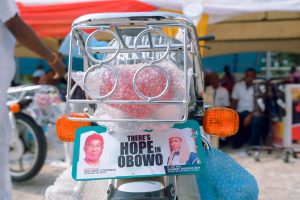 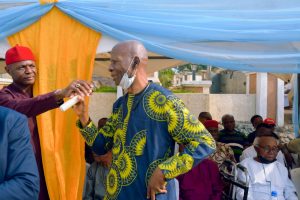 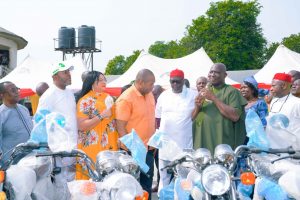 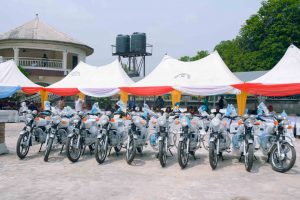 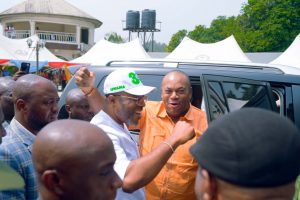 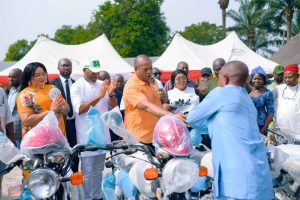 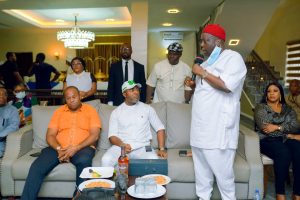 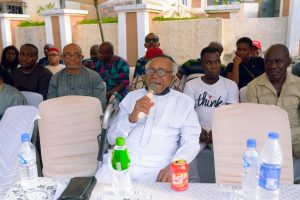 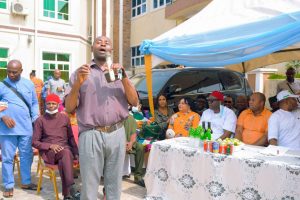 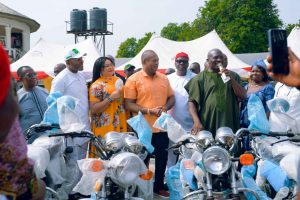