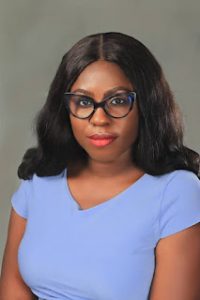 A renowned activist, Vivian Dimgba has declared her intention to run for the Ezinihitte Mbaise state constituency in Imo House of Assembly , IMHA.

The ex banker made her intention known on Wednesday during an interactive session with journalists in Owerri.

The young and vibrant Dimgba urged her people to support her quest of becoming the next lawmaker representing Ezinihitte Mbaise state constituency come 2019.

The Ezinihitte Mbaise born intellectual giant said that she got fed up of sitting on the sidelines. The former banker and activist noted that things are getting worse, and the people are far from reaping the dividends of democracy.

Vivian also said that women representation in politics is at it’s lowest in Imo state. She emphasized that the reason is not far fetched, because often times the public is more focused more on character and identity of the woman , rather than electability or policies.

She insisted that the women who make almost half the population, should have a huge say on who truly represent them. She reiterated the need for the 35 percent affirmative action to have a legal backing to enable more capable ,competent women to come on board,

Vivian who has a master degree in history and international relations , and with a Phd in view said that more women are bridging the gender gap in work and education, but that still hasn’t reflected in political relevance

She called on the different political parties to encourage women and youth to show courage and step into the political arena because leadership should thrive on credibility, and that you establish through action and not words. The peoples’ interest should supersede party loyalty and clandestine politicking.

She encouraged the youths to embrace “the flexibility of purpose, singleness of vision for a better tomorrow, and then strive and commit to it daily.”

She’s committed to building a better world by nurturing the potential of the people in her constituent for conversation, innovation, creativity, self -confidence and leadership