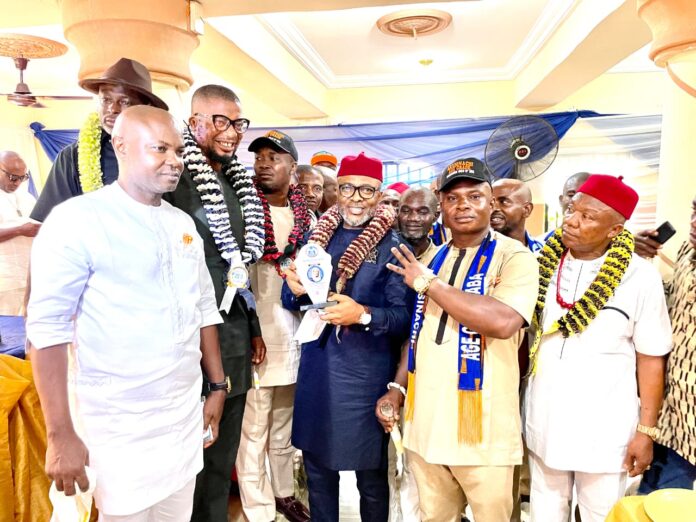 In what seemed like a mini rally in the busy city of the commercial heartbeat of the East, the Osisioma Ugo Na-Ebe (Akusinachi) Age Grade hosted a mobilized the people of Obowo resident in Aba in honor of one of her prominent members and Speaker Emeritus of Imo State House of Assembly, Rt. Hon. Barr. Kennedy ChidozieIbeh (Nkenkenyi Obowo).

The organization which has over time demonstrated love and sufficient interest in the infrastructural development of Obowo through the construction of Bus stops and other projects put in place in Obowo by them chose to honor the Speaker Emeritus and Member Representing Obowo State Constituency in Imo in recognition of his outstanding leadership strides and landmark achievements.

The group expressed their unreserved unanimous endorsement of continuity for the astute Lawmaker as they remarked that Obowo cannot afford at this critical time of her existence to gamble with a fresher who would be busy learning legislation at a time when what would be required is to deploy master strokes for the development of Obowo.

In appreciation, the legislative behemoth thanked them for the honor and undertook to do more with their collective support. He further remarked that he wouldnt have been able to do the things in respect of which he is being honor by them with their prayers and supports.

He seized the moment to urge them to put the interest of Obowo at heart and make it a common denominator for all their political decisions and eschew political decisions driven by primordial considerations and clannish demands as Obowo eould be better positioned following this politicometer.