The founder and Publisher Arise Afrika Magazine  with Face of Arise Africa Team were at the Office of Chief of Staff, Imo State Government today  to pay tribute to one of our hero, statesman, grand commander of youths empowerment Ugwumba Uche Nwosu.
The team were well received by SA to COS on Political Affairs Hon Ken Ejiogu, Mrs Vivian Onwuka PRO and Anokwute Uzoma

It can be recalled  that at the end of the online voting last year for Most Distinguished Personality of the year Award, the youth friendly COS Ugwumba Uche Nwosu  emerged the winner after four months online voting.  The organizers were at the office of COS, IMSG  to present the plaque to the man they described as the \”Grand Commander of youth empowerment\”.

The  Director of Arise Afrika , Mr Ikechukwu Anyanwu, said after the glamourous event put together in partnership with Imo State Bloggers Association, Frontline Express Newspaper, Sommies and Gcfn Consult the idea was to use the Arise Afrika  magazine to celebrate Africa, Events and Excellence.

We want more people  to start appreciating the beauty of Africa,  this special recognition is dedicated to people who have distinguished themselves in various segments of the society.  We recognize our awardee positive efforts whose vision and entetprise  is gradaully transforming our community.\”

According to Mr Anyanwu ,who spoke in Owerri,the Imo state capital, Arise Africa will continue to use the magazine to Redefine Africa to the world.

Hon Ken Ejiogu, SA  Political to COS while receiving the award on behalf of the Principal said \”This award goes to attest to the fact that the good works of Ugwumba Uche Nwosu  is being recognized.

We will not relent in touching the lives of our people.  On behalf of my principal, I want to appreciate Face of Arise Africa Magazine for this special recognition. There is a saying that the voice of the people is the voice of God. The people has spoken through their  votes and we will take the message to Ugwumba.\”

The Chief of staff, Imo Government House has not relented in giving hope to the hopeless. He had made real his promise of empowering the youths and we are proud to identify with his noble inititives and programme for the youths.

To build youth with a sense of hope, self confidence, imagination, creative and pride in the Nation\’s heritage.

Youth who are disciplined, well focused,law a bid I and full of spirit of entrepreneurship.

To create a platform for developing and empowering our youth to fully realize their potentials to complete favourable with youth in other democratic Nations of the world.

Anyanwu said\” The Arise Afrika magazine mission is to raise the beautiful continent of Africa, one information at a time.  promoting  and celebrating distinguished personalities. 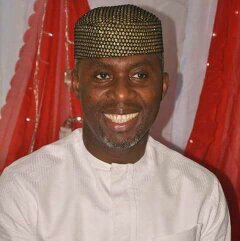