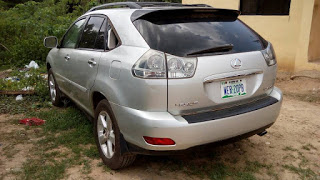 The armed robbery attack on the Special Assistant (SA) to TC Chairman Obowo LGA on Culture & Traditional Affairs, Chief Athan Ndubueze ( A.K.A ) Mmagha ndi Eze Obowo at Achingali that led to his death is an assault to the number one Citizen of Obowo, Hon. Prince Chidi Nwoke. 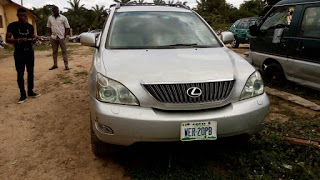 According to Otoko Press, the assault has led to an action which the TC Chairman tagged \”OPERATION TIGER DANCE/SECURITY SUBMARINE\”.
This action is measured to fish out all the Criminals and Illicit drug dealer\’s hideouts to make sure Obowo LGA does not Experience such molestation again  in his regime as Chairman. 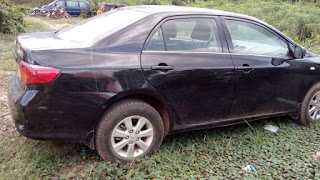 Therefore, he has join forces with the DPO & all the Security Apparatus to tackle this challenge in Obowo.

Just few days ago precisely 15th March 2018 at about 13:00 hours, the Security Operatives swung into action led by the DPO to Criminal hideout in one house at Umuosochie (name withheld) that led to the Apprehension of 5 Suspected Criminals and recovery of Black Toyota Corolla with IMO Reg.no. ABB 218 BX, Ash Colour Lexus 330 Jeap with IMO Reg.no. WER 20 PB, Sachet of dry leaf suspected to be Indian helm, Sachet of tramadol tablets, one packet of razzler, locally made pistol, master keys for vehicles, cash of hundred thousand (100.000), two car stereos and other valuables.

Out of the 5 arrested, 2 confessed to be natives of Mbaise who took their maternal home umuosochie as their criminal hideout, that they specialized in car snatching & armed robbery.
These bandits were smoked out by the Operation Security Submarine in charge of the Tiger dance.

Today 20th March 2018, information on our desk reports that the Apex gang of these bandits were arrested in Imo State Capital Owerri, which they Confessed that the Black Toyota Corolla discovered at the criminal hideout in Umuosochie was part of an Operation carried out in Okigwe at gun point that led to the killing of the Vehicle owner while they made away with the car.

The TC Chairman is using this opportunity to let his dear indigenes of Obowo and its dwellers not to panic, that he is there to serve them as God is in Control.

This is inline with His Excellency Owelle Anayo Rochas Okorocha\’s resolve to rescue Imo from the bondage of criminals.

The blood of Mmagha Ndi Eze Obowo has stand as a final Sacrifice and also crying for sanity & vengeance to the Culprits and those of them that chose to torment the good people of Obowo.

Beware those that trail the tail of a Tiger must receive the Tiger Claws. ( Egwu Odum)