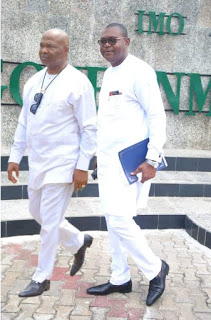 Today marks the one year anniversary of a prophecy that came true. After the 2019 Guber election which saw the candidate of APC placed fourth position by INEC and criminal conspirators, the stage was set for a prolonged battle in and outside the courtrooms by legal luminaries and conspiracy theorists who proffered known and unknown trajectories and pathways to the main issue of the day.

Hear the bombshell: the early signs of the results of the 2019 Guber election indicated clearly that Sen. Hope Uzodinma was cruising to a landslide victory. But Immediately, the pundits across the other side of the isle discovered that the trend was becoming very obvious and real, they swung into action and started pressing different reversal buttons to stop the trend from manifesting, and simultaneously closed down the portals that were harbouring the projected official results. Out of desperation, the electoral managers in collusion with political spiders sat in their coven and determined the outcome of the election by subverting the will of Imo people. They did not stop there, they went ahead in a roundtable and allocated figures and positions to candidates of that election. In a brazen impunity the man that clearly won the election, Sen. Hope Uzodinma became the topic and clear victim of that deadly conspiracy and injustice in the hands of these enemies of our democracy. A top official of INEC from Abuja proposed that the clear winner of the election should be placed at 2nd position, but lo and behold, the man in charge of Imo INEC immediately, put a call across to an unknown figure and he was directed by the anonymous to place Sen. Hope Uzodinma at the fourth position so that he won\’t have any strength and/or locus to challenge their preferred candidate in the court.

After the whole shenanigans, they succeeded in placing the real winner of the 2019 Guber election at the fourth position. That was their projection. It worked for them for nearly 8 months. We became victims of a grand conspiracy and design. But we did not relent. We were determined and Hopeful. As the days go by, we keep developing tough skins and renewed energy, our legal team became more and more formidable, vast majority of Imo people became well informed and aware of the matter before the court of law, our media team both electronic, print and new media could not be stopped, the entire body politic and political landscape of Imo state and even beyond was sensitized and reawakened. The straw that broke the camel\’s back was the undiluted prophecy by the fiery Roman Catholic Priest, Fr. Ejike Mbaka who clearly brought the spiritual touch and angle through his prophecy that Sen. Hope Uzodinma would be declared the duly elected Executive Governor of Imo state. With that prophesy, Uzodinma\’s quest to retrieve his mandate gained incredible momentum and vigor. The search for the restoration of Uzodinma\’s mandate became a huge project that attracted nationwide attention. The slogan was very simple; \”Give us back our mandate\”.

There was uneasy calm in Imo state, the situation became tensed up. By first week of January 2020, the cracks of the build up and formation of the Himalayan began to drop some tiny rubbles down the ground signalling a major tremor in the political landscape of Imo state.

On the 14th of January, the wind of change began to blow across the three zones, the clouds started gathering too early, even the birds of the sky hovering unusually below the tree level chirping with sweet melodies which signifies danger and warning.

Behold in the late hours of afternoon of the same 14th, the highest court of our land, the Supreme Court delivered a historic and landmark judgement which restored the mandate which Imo people freely gave to Sen. Hope Uzodinma as the duly elected Executive Governor of Imo state. That day, DEMOCRACY WON .RULE OF LAW WAS RESTORED AND JUSTICE WAS PROPERLY SERVED. 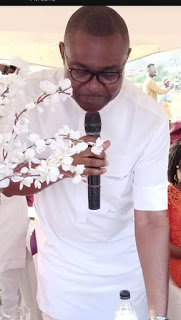 Today marks the anniversary of that victorious struggle. I congratulate the Governor of Imo state Sen. Hope Uzodinma for keeping faith with Imo people. It can only get better.