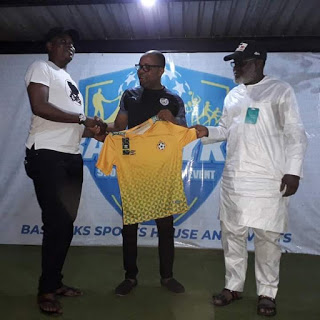 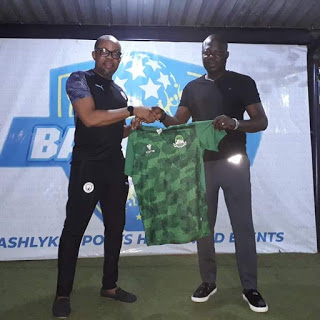 Danladi who is also the Chairman of Nasarawa Utd FC of Lafia unveiled  Etuemena  with the Nasarawa Utd\’s Club jersey.

Similarly, Kwara Utd\’s Chairman Mr Kumbi  was assisted by the General  manager, Bashiru Badawi as he also dressed the former  Heartland Football Club  Chairman in the colours of Kwara Utd.

It was a joyful evening for the club owners  delegation which included  other members  of the football  fraternity.

The Chairman of Kwara State football association Mr.Turaya appreciated  Etuemena  a.k.a. Bash for advancing the frontiers of Sports business and entertainments through Bashlyks Sports.