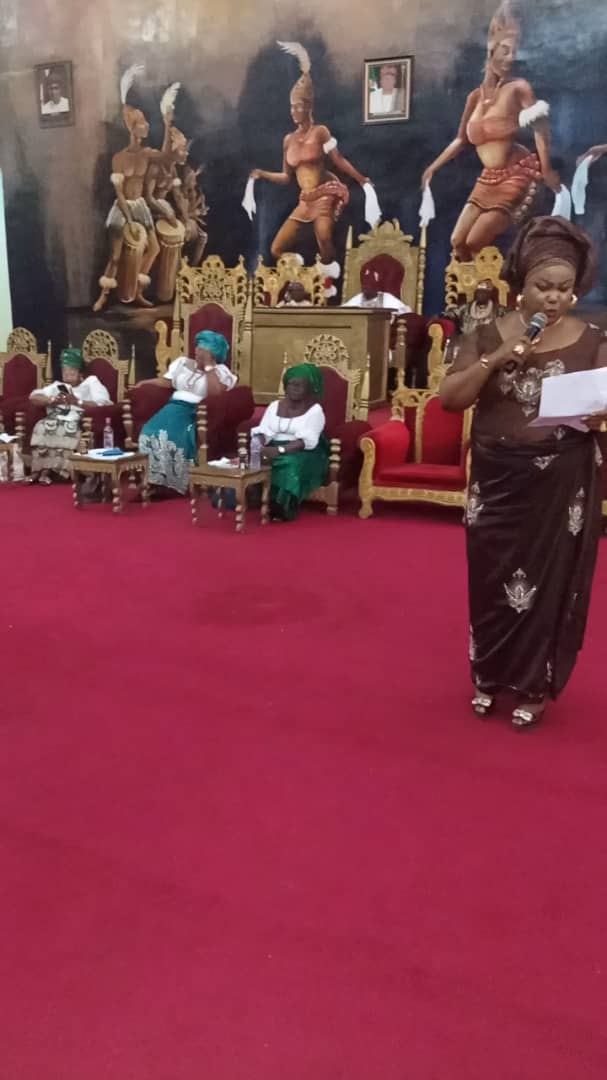 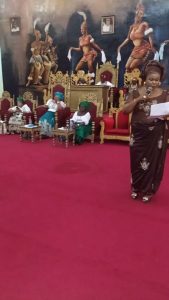 It was a Spirit-filled Friday as royal mothers and wives of traditional rulers in Imo State gathered in a first-of-its-kind prayer summit held on July 9, 2021 at the Eze Imo Palace, Mbari Cultural Center Owerri. The royal mothers joined voices and hearts to pray as one, for the sustenance of peace and the well-being of Imo state and the nation in general. 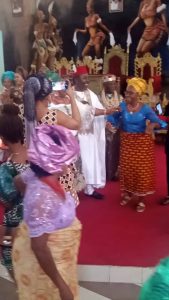 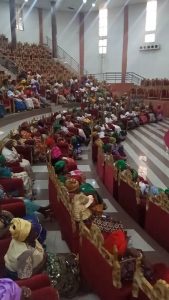 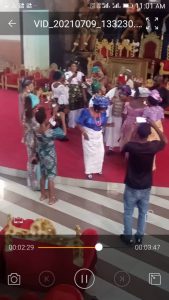 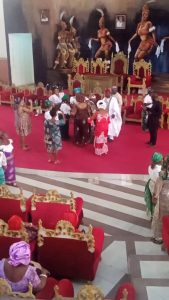 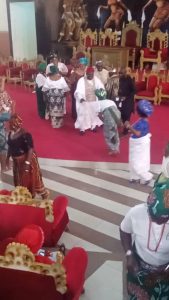 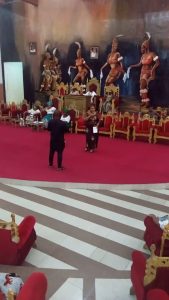 In a brief speech to declare the Prayer Summit open, the Chairperson of Ugoezes in the state and wife of the Chairman of Imo State Traditional Institution and Community Policing, Her Royal Majesty, Ugoeze Augustina Agbonma Okeke regretted the violence that haunted the state for a while. She said she conceptualized the prayer summit primarily because she believed in the efficacy of prayers, especially when passionately embarked on by mothers for their children.

The programme which had a theme “Consolidating the peace and stability of our dear Imo”, had in attendance all Ugoezes in Imo State and key Traditional Rulers including the state Chairman His Royal Majesty Eze Emmanuel C. Okeke, Eze Udo II of Amaifeke Ancient Kingdom. They all humbled themselves before the Almighty with supplication, praises and worship. They prayed God to heal the land and secure its people and property.

In a highly motivational closing remark, the head of Ugoezes in Orlu Local Government Area and wife of Igwe Ohazurumee of Nneato, Obibi-Ochasi, Her Royal Majesty, Ugoeze (Dr) Shirley Ngozi Okwudinma acknowledged the efforts of the royal mothers in organizing the prayer summit to help redeem Imo. The business mogul and Chief Executive Officer of the popular Shirley Supremo Finishings Ltd. was also pained by the insecurity that held sway in the state not long ago and commended the efforts of Governor Hope Uzodinma led administration’s efforts to return normalcy. Citing Isaiah 32:9-20 as a prophetic admonishment, the front-line community leader encouraged her peers in the royal institution to frequently seek the face of God individually and as one body, so as to avert foretold calamities.

Also known as Queen Shirley, the widely celebrated socialite business magnet, revered youth mentor and philanthropist further urged her fellow Ugoezes and Ndi-Ezes present, to push for the effective counseling of the Imo youth to listen to wise counsel, channel their energies to more productive ventures, and embrace peace. The Ugoeze, whose husband Eze Samson Mbakwe Okwudinma is the Chairman of traditional rulers in Orlu LGA also prayed for the peaceful repose of the souls of all the innocent persons who lost their lives during the inglorious days. She expressed optimism that God will answer the royal prayers by cleansing and healing the land for good.

We need more of such positive activities by women to make society better for all.