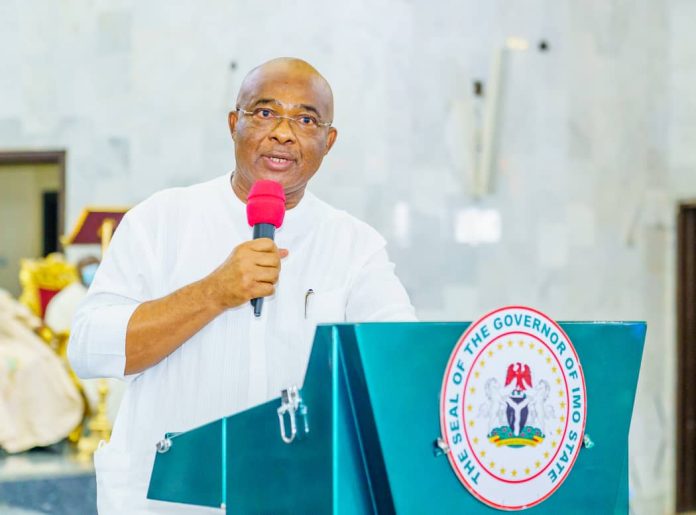 His Excellency, Distinguished Senator Hope Uzodimma has assured Ndi Imo of his confidence that the trying times currently being experienced in Imo State would be a thing of the past soon.

Speaking at the Easter Sunday service held at St. Rose of Lima Parish, in his country home Ozuh Omuma, Oru East Local Government Area of Imo State, the Governor insisted that the current trying periods in Imo State which has been characterized by the killing of innocent citizens, burning of public and private property, burning of police stations and killing of policemen, among other unlawful acts are borne out of politics of bitterness.

In the Spirit of Easter, Governor Uzodimma enjoined all well meaning Imolites to pray to God for the change of heart of those perpetuating the violence.

He emphasized that the killings in Orlu zone are more political than the report of involvement of the Indigenous Peoples of Biafra (IPOB), describing what is going on as rather “the activities of the wicked politicians who are unrepentant and have continued to sponsor the killings of their fellow brothers.”

The Governor regretted that investigations have revealed that most people either killed or whose homes were burnt were mostly members of the ruling party All Progressives Congress (APC), noting that there was no record of any member of the Peoples Democratic Party (PDP) reported to have died or suffered loss of property as a result of the activities of the so-called bandits.

The Governor said the same people who looted Imo treasury are the same people sponsoring the killing of hapless and innocent persons as well as instigating unending violence in Imo State.

“My government is not weak, my Government is only God fearing. The only thing is that we hate to let blood. But we cannot allow the killing of innocent citizens and the activities of non-state actors in the form of criminals and hoodlums to overtake the political space. One thing I must assure you is that I will live up to the oath of office I took,” Governor Uzodimma assured. 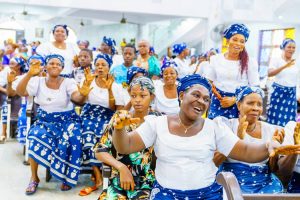 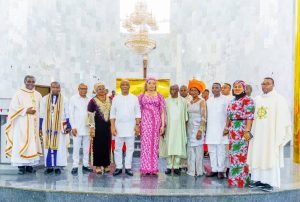 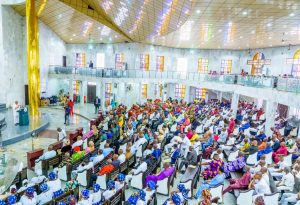 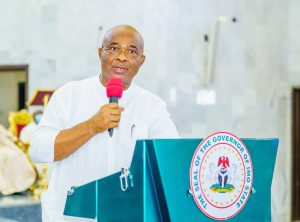