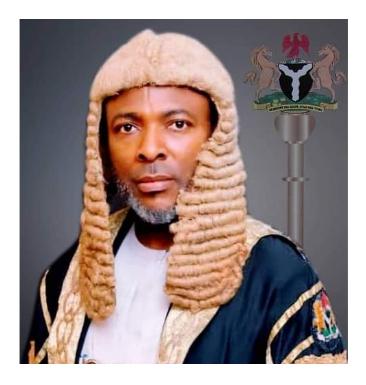 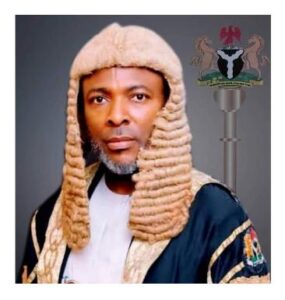 The suspension of Nkwerre member in the state House of Assembly is raising a lot of dust in Imo state but the legislative arm took the right step to suspend Obinna Okwara as gathered by 9News Nigeria.

However the Opposition Political party in the state has blew hot whistle against such act by the Speaker House of Assembly Rt hon.kennedy Ibeh which they said is unconstitutional and stage managed.

Meanwhile, a social crusader Dr Samuelson Iwuoha has brought to the public his view as it concerns the sack of the Nkwerre born Barrister Obinna Okwara.

Samuelson Iwuoha posited that he is a stakeholder in Nkwerre politics and moreover, Rt Honourable Obinna Okwara his Brother.

“Nevertheless, I have taken a critical look at the provisions of Section 109 of the 1999 constitution, as amended, and can boldly stand to say that the Rt Honourable Speaker of Imo state house of Assembly has POWERS to declare the SEAT of Rt Hon. Obinna Okwara vacant based on the issue of defection as given to him by virtue of (109(2) of the 1999 constitution, as amended.

“Therefore, the declaration of the Seat Vacant should not be seen as an act wickedness and high handedness, as being insinuated in some quarters Including the social media but out of the desire to protect the Constitution of the Federal Republic Of Nigeria, and most importantly, to protect the Imo State House Of Assembly, that has Rules and Regulations guiding it.

“Speaker Ibeh did not act in a vacuum, by declaring the Seat Vacant. A motion was moved by Hon Blyden Amajirionwu (Ngor-Okpala State Constituency) with Pictorial and VCD evidences placed to the table, showing how and where Rt Honourable Obinna Okwara defected to another political party, even when his party before defection was reportedly not in any crisis.

“Also, the motion was Seconded by the member representing Mbano State Constituency, Rt Honourable Collins Chiji. It was deliberated upon, when the VCD evidence was played before the House, and it was confirmed that Rt Honourable Obinna Okwara actually defected to another political party, without any cogent and justifiable reason, thereby, going against the House Rules.

The Rt Honourable Speaker, who took out time to read the relevant portions of the Constitution and House rules, called for Voice votes, with 95% of Honourable Members giving nod to the Constitutional provision, with the overwhelming shout of Issssssssssss, which prompted the Speaker to declare the SEAT VACANT, and thereafter called on the Independent National Electoral Commission, INEC, to conduct Bye-election. The Rt Honourable Speaker clearly followed legislative procedures before hitting the gavel, Samuelson hinted.

He never contravened any law. If Speaker Kennedy Ibeh had acted otherwise, perhaps, in a bid to protect Rt Honourable Obinna Okwara, who happens to be his personal friend, he would have committed an unparliamentary conduct, a misconduct which would have earned him impeachment. So, his hands were tied by the law.

However, if and unless Rt Honourable Obinna Okwara convinces the Courts that there is/was a division in his Political Party, the APC, the decision of the Rt Honourable Speaker to declare Obinna Okwara’s Seat Vacant remains in ORDER and on SOLID GROUND.

“At this point, let me declare that Rt Honourable Kennedy Ibeh acted to protect the Constitution of the country, and that of the House Rules. It is very unfortunate that the opposition who do not understand Parliamentary Business are abusing and using unkind words on the Speaker, just because he elected to protect and defend the Constitution.

“This clearly shows how unpatriotic the opposition elements can be, and the extent they can go to destabilize the system. Nevertheless, let me assure them that the Imo State House Of Assembly is standing on a solid rock.

Truth be told, the declaration of the seat of Nkwerre State Constituency Vacant (today 06/4/2022) by the Speaker Of Imo State House Of Assembly, Rt Honourable Kennedy Chidozie Ibeh pained me because I am from Nkwerre but the law was followed said Iwuoha.