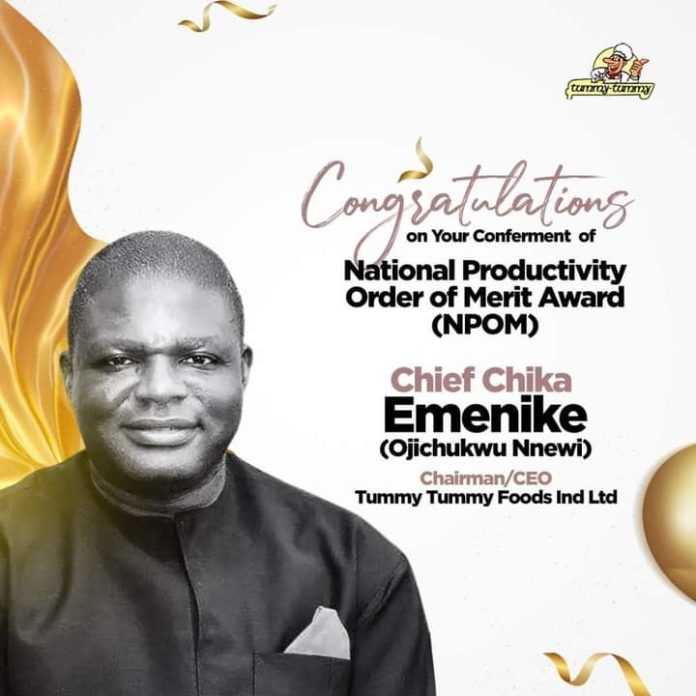 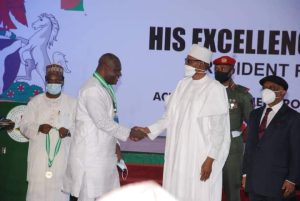 The National Productivity Order of Merit Award has been conferred on the Chairman Tummy Tummy Foods Industry Limited, Chief Chika Emenike, All Progressives Congress National Chairman, Senator Abdullahi Adamu and the Secretary to the Government of the Federation, Boss Mustapha.

The award was conferred on Emenike, Adamu and Mustapha and 46 other eminent Nigerians and organisations in both the public and private sectors, for their high productivity, hard work and excellence at the 19th National Productivity Day on Thursday.

The Director-General of the West African Health Organization, Prof. Stanley Okolo, and Chairman/Chief Executive Officer of Air Peace, Allen Onyema, among others were awarded.

Dr Adadevoh, who died on August 19, 2014, was recognised for her outstanding performance in the fight against the spread of the Ebola virus in the country while Lawal, who until his death on November 6, 2020 served as Permanent Secretary in the Cabinet Affairs Office.

Babatunde, an economist by training with bias in fiscal policy analysis, management and strategic planning, was commended for his ‘‘thoroughness and paying keen attention to every detail’’ during his tenure as permanent secretary in the Federal Civil Service.

Speaking at the event, the President, Major General Muhammadu Buhari (retd.), congratulated all the awardees for their various accomplishments and well-deserved recognition.

The President said they have been carefully selected from a multitude of competitors, saying ‘‘this award should spur you to greater heights.’’

In his remarks, the Minister of Labour and Employment, Senator Chris Ngige, said since the inception of the award in 1991, 382 individuals and 97 organisations have been honoured with the NPOM.